Tiny Nijman is an artist/printmaker. She arrived in London twenty years ago from Amsterdam where she studied art and fashion at the Rietveldacademie in the Netherlands.Thereafter she worked in the sportswear industry as a fashion designer.

Since arriving in London, Tiny has developed her etching skills by attending Morley College and other printmaking skills such as monoprint, collagraph, lino cut and mixed media at Kensington and Chelsea College, where she gained Certificate: LOCN. She loves to explore different printmaking techniques, colour combinations and printing papers.
Her earlier work was inspired by subjects in Nature and Wildlife. Her recent works are figurative, depicting everyday situations such as waiting for a ferry or walking the dogs.
Group Exhibitions Include:
10 exhibitions with the Printmakers Council between 1999 & 2004, The Society of Wildlife Artists, The Society Of Women Artists at the Mall Galleries, London, Art for Love at the Oxo Tower, London,The London International Small Print Biennale at the Morley Gallery and The Bath Society of Artists at the Victoria Art Gallery.
Solo Exhibitions include:
Chelsea and Westminster Hospital, Brinkley's Wine Gallery, KPMG Zurich Office and at KPMG Lausanne Office in Switzerland. Tiny had her own stand at The Untitled Artist's Fair in the Chelsea Old Town Hall, 2010, London.
Since 2009 she has been a full member of the Society of Women Artists along with being on the Council for the SWA. 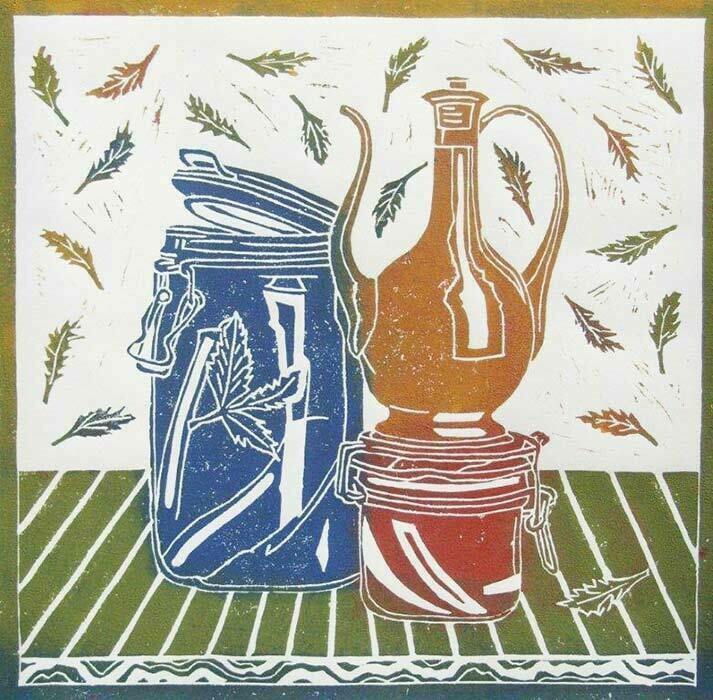 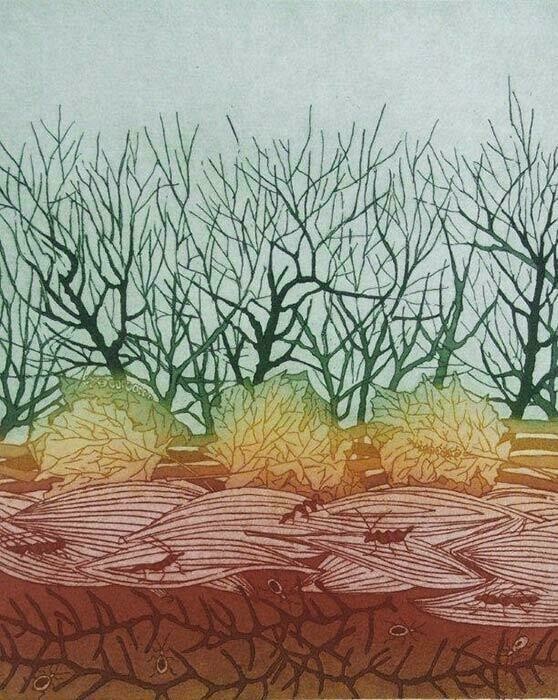 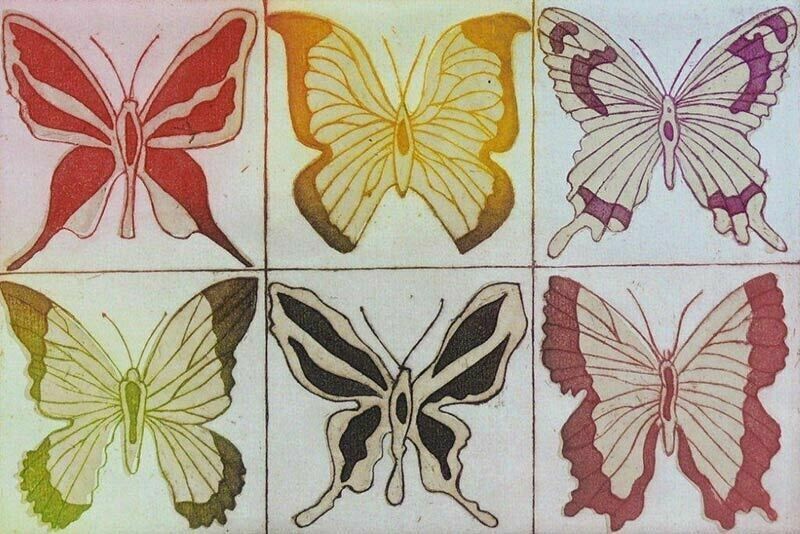 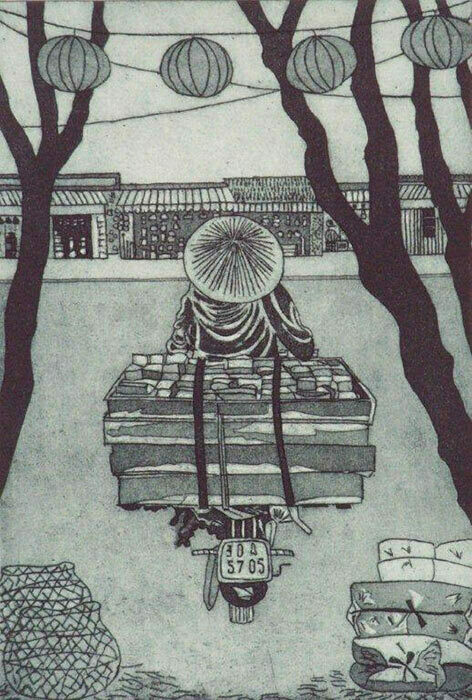 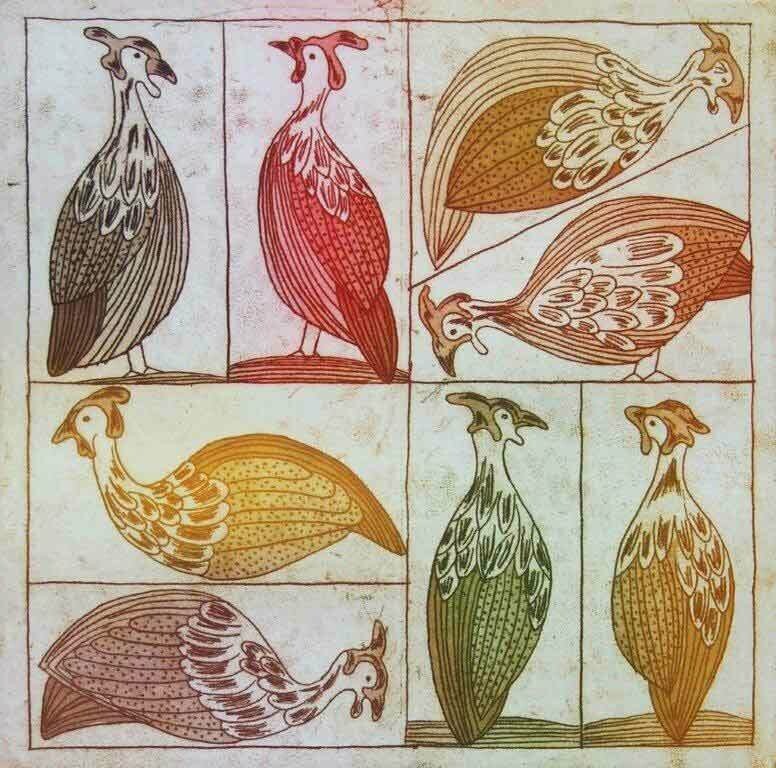 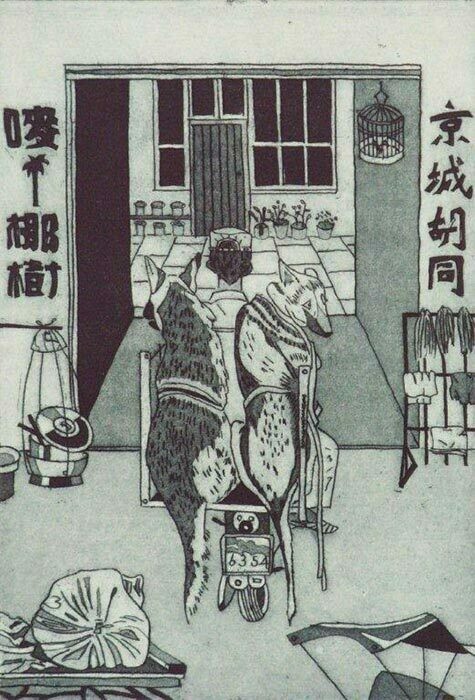 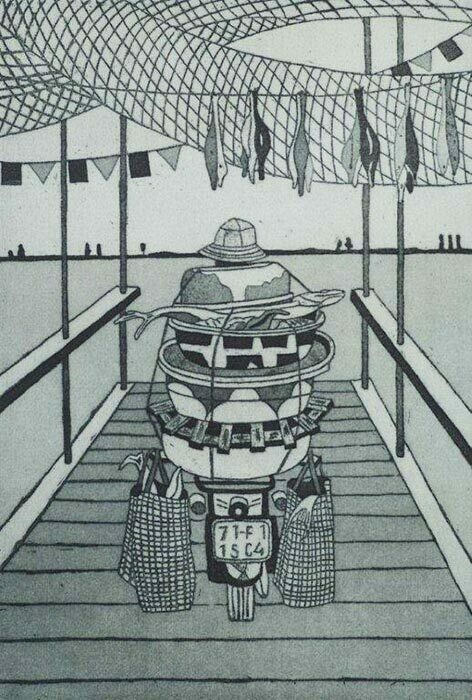 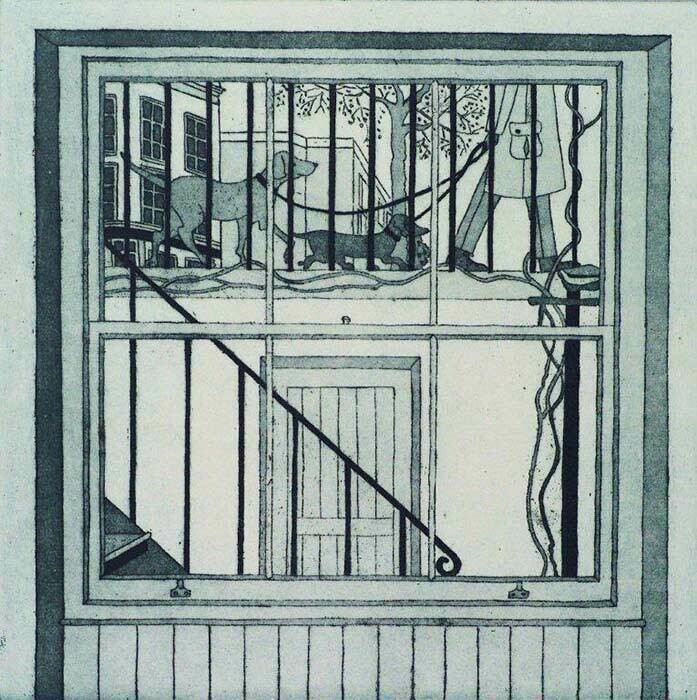